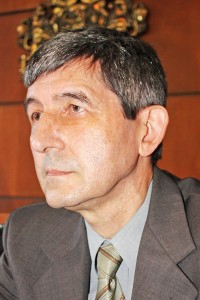 Deputy Mayor for Finance and Economy

Born on 31 January 1961 in Town of Pleven, District of Pleven

In 1985 he graduated from the Academy of Economics “D. Tsenov” - Town of Svishtov, speciality of “Accounting Reporting”

From 1984 tо 2015 he held the position of Chief Accountant in different social, health and educational institutions and organizations, including in Pleven Municipality in the period of 1993 to 2000.