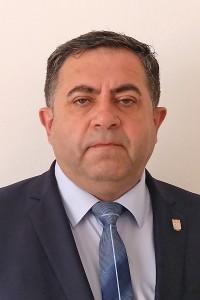 He completed secondary education in the Secondary School “Anastasiya Dimitrova” - Town of Pleven.

In the period of 1979 to 1982 he studied in the Railway College “Todor Kableshkov” - City of Sofia, speciality of “Technician of Electric Locomotives”.

In 1990 he graduated from the University of National and World Economy in City of Sofia, speciality of “Transport Economist”.

In the period of 1982 to 1998 he worked in the Railway Area of Pleven at the positions of “Locomotive Driver”, “Labour Organizer” and “Inspector of Defence and Mobilization Training”.

Since 1999 he has been a manager of a company engaged in trading activity.