Crossroads of eras, events, persons, Pleven was built with thought and affection to resist in the time. Rich with its history, culture and preserved traditions, mainly rich with the people, Pleven has a future and I believe in it!

With a heart for Pleven and Pleven in my heart!

In 1982 he completed secondary education at the German Language High School in Montana.

From 1982 tо 1984 he did his military service at the School for Reserve Officers “Hr. Botev”, Pleven.

In 1990 he graduated from the Faculty of Law of the Sofia University “St. Kliment Ohridski” as a Master of Law.

Since 1990 he has been a lawyer in the Bar Association of Pleven.

He has 25-year practice in the area of criminal law.

For three consecutive mandates in the period of 1999-2011 he was the Chairman of the Municipal Council of Pleven.

For four mandates he was a member of the Bulgarian delegation in the Congress of Local and Regional Authorities of the Council of Europe in Strasbourg.

From 2008 tо 2012 he chaired the Permanent Commission on “Organization and interaction between the municipal councils and municipal administrations” of the National Association of Municipalities in the Republic of Bulgaria.

In 2010 he was the winner of the title “REFORMIST MUNICIPAL COUNCILLOR”, conferred by the National Association of Municipalities in the Republic of Bulgaria. The award was for overall contribution to strengthening and development of the local government in Bulgaria, bestowed for the first time to a Chairman of Municipal Council.

Since 2016 he has been a Deputy Representative in the Bulgarian delegation in the Committee of the Regions of Europe.

Since 2016 he has been a Deputy Representative in the Council for Decentralization of State Governance at the Ministry of Regional Development and Public Works of the Republic of Bulgaria.

He has a command of German and Russian language and uses Spanish, English and Serbo-Croatian language.

He is married and has three children – a daughter and twin sons. 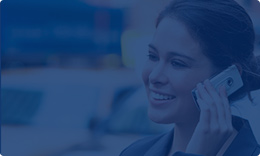